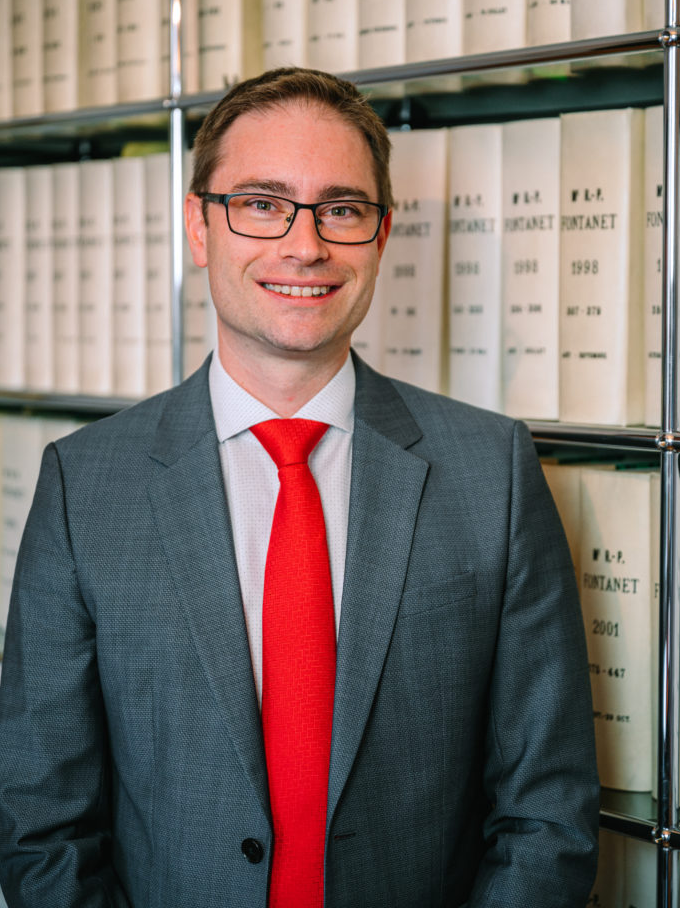 Born in 1978 in Geneva, Me Jérôme SCHÖNI obtained his Latin Maturité at the Staël College, then his law degree from the University of Geneva in 2002 and his notary’s license in 2007.

In 2010, he joined forces with Me Robert-Pascal FONTANET to practice as a notary.

In 2019, Me Jérôme SCHÖNI succeeded Me Robert-Pascal FONTANET, Me Mario BURGY and Me Marc PICTET.

He is also the head of the Permanence of the Geneva Chamber of Notaries since 2012 and a member of the Notaries’ Examination Commission.

He is a former President of the Legal Commission of the Chamber of Notaries.

In addition to his notarial activity, Mr. Jérôme SCHÖNI is also a Municipal Councillor of the Municipality of Choulex.

He is married and father of two children.

A native of Thônex, Me Robert-Pascal FONTANET was born in 1951 in Geneva, where he obtained his classical maturity (Latin-Greek) in 1969, his law degree in 1973, then five years later his notary’s license and then a graduate degree at the Faculty of Law of the University of Geneva.

On December 31, 2018, Me Robert-Pascal FONTANET retired as a notary and transferred his minutes, wills and files to his partner, Me Jérôme SCHÖNI. He is now a honorary notary and a counsel of the firm and is still the international correspondent of the CRIDON (Notarial Research, Information and Documentation Centers) of Paris and Lyon.

Me FONTANET is co-author of Mélanges en droit commercial 2015 (Ed. swisNot.ch – Schulthess), with a study on the quorums in law of the SA and the Sàrl. He also gives lectures in Switzerland and France.

His military career led him to command an artillery regiment as Colonel of General Staff. Currently residing in Anières, he is married, father of six children and seven times grandfather. He is fluent in German.